Matt assesses the threat of this decision with an ocular patdown.

According to Deadline Hollywood, Warner Bros has found a director for their upcoming Minecraft movie; co-star and co-creator of the hit FX sitcom It’s Always Sunny in Philadelphia, Rob McElhenney. I’m going to be completely honest, this is the weirdest directing decision I’ve seen in a while and I am absolutely in love with it.

For those unfamiliar with Minecraft, it is a sandbox video game where the world is made entirely out of cubes that you can destroy and manipulate into your own creations. There’s also a survival aspect to it where players can hunt for food, build their own shelter, and grief other players to establish dominance, but let’s be real here, the majority of players just build weird and awesome stuff, while the others just destroy the majority’s buildings for shits and giggles. 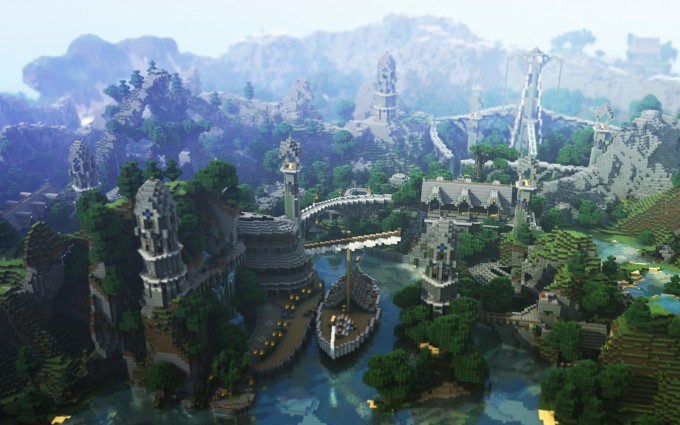 This brought to you by Mountain Dew Code Red and staying indoors.

I’m not exactly sure how McElhenney’s trademark humor he uses in It’s Always Sunny in Philadelphia will transfer over to this IP, or if it even will play a part at all in the first place, but I love how out of left field the entire concept is; Minecraft is extremely popular among young children who use it to build anything they can imagine, while I got kicked out of my aunt’s house once for showing my younger cousin the episode of It’s Always Sunny where Danny DeVito shits the bed. But putting the vulgarity of the humor aside, It’s Always Sunny is an extremely well-written and well-acted show that’s had me grabbing my sides laughing on many occasions, and a film about Minecraft definitely needs to have humor injected into the mix.

This isn’t to say that McElhenney has no experience with family-oriented movies; about a year ago, Legendary Pictures acquired what is to be his directorial and screenwriting debut, a family action film called Figment about an imaginative boy who takes his family for a ride when his biggest fears come to life. Since what makes Minecraft so great in the eyes of many is its ability to let you create whatever pops into your imagination, it’ll be very interesting to see how these two features fit together.

Maybe I’m biased because of my love for McElhenney and the entire It’s Always Sunny crew, so prove me wrong; what do you guys think?